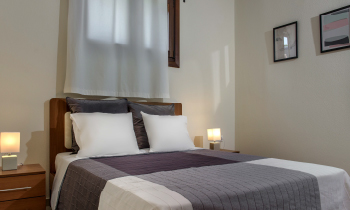 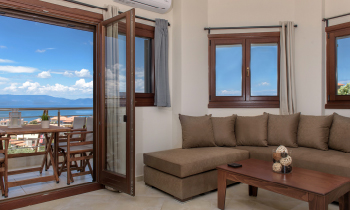 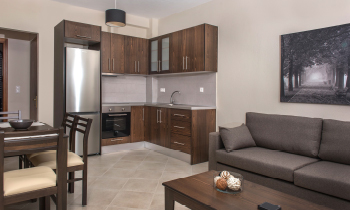 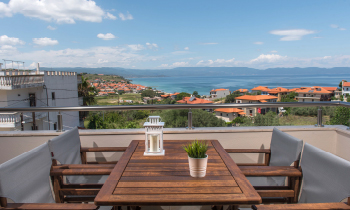 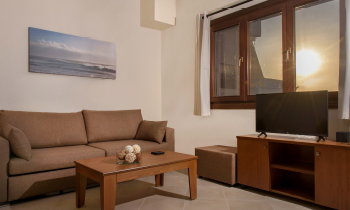 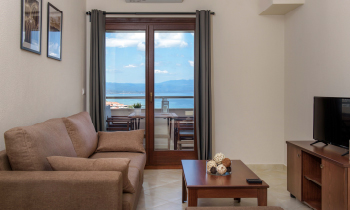 Free Wi-Fi and wired internet is available throughout the building and is free of charge.

Pets are not allowed

View to the village

View to the sea 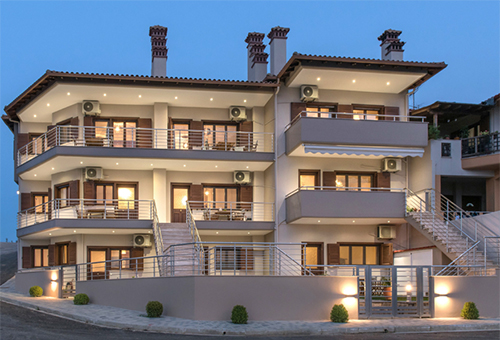 Pleiades casual living apartment complex is located in Nea Roda, Chalkidiki, in Sarakina, about 800 m from the village center and 500 m from the sea. It is a newly built complex, whose construction was completed in 2018.

The building is developed in 3 levels (ground floor, 1st floor and 2nd floor). It consists of 6 dual-aspect, self-catering and fully equipped apartments with views to the sea and the village, ideal for a comfortable and pleasant stay.

The seaside picturesque village of Nea Roda belongs to the municipality of Aristotle and is located in Chalkidiki, at the narrowest point of the peninsula of Athos, also known as the Holy mountain, in the historical position of the Xerxes canal. The village was created after the exchange of populations between Greece and Turkey in 1924 by refugees from Propontida, Asia Minor and Cappadocia and until today is the largest settlement of population originating from Asia Minor in northeastern Chalkidiki. Approximately 1,200 residents live permanently in the settlement, and that number is rising steadily during the summer months. Nea Roda is 107 km away from Thessaloniki Airport and 167 km away from Kavala Airport. The unique location, the magnificent beaches and the sea as well as the tourist services provided by the professionals have helped to make the village during the last decades a popular destination for summer holidays. In a short distance, just 2 km away is the area of ​​Tripiti, where you can take the ferry to the island of Ammouliani. In 5 km distance is Ierissos, the seat of the Aristotle municipality and administrative center, while approximately 10 km away is Ouranoupoli.

The area of Nea Roda can satisfy the needs of all visitors, both those who seek just relaxation as well as those who are looking for fun and activities.